WildTeam (formally known as the Wildlife Trust of Bangladesh) is a vibrant organization founded in 2003 by a group of passionate Bangladeshi nature lovers. They saw that nature-upon which so many Bangladeshi people rely –was disappearing and felt the urge to come forward. The WildTeam vision is a future with more wildlife to enrich people’s lives and more wild places for the magnificent diversity of life on earth. Its mission is to carry out activities to improve the conservation status of key species and habitats in Bangladesh, and develop partnerships, tools, and platforms to build the capacity of organizations and individuals to carry out effective conservation.

Since 2008, WildTeam has worked predominantly in the Sundarbans mangrove forest ecosystem, home to the Royal Bengal Tiger. Along with the Bangladesh Forest Department, WildTeam developed the Bangladesh Tiger Action Plan (2009-2017), providing a guideline for tiger conservation efforts in Bangladesh. WildTeam has empowered more than 340 village volunteers as Village Tiger Response Team, 55 local leaders as BaghBandhu, 40 students as TigerScouts, 5 schools as Sundarbans Education Centre to serve human, livestock, and wildlife lives and is promoting positive social change to create a productive barrier around the forest to protect against poaching and human behaviors that threaten tigers. To assess the effectiveness of such conservation efforts, WildTeam regularly conducts research and monitoring activities. In 2011, WildTeam and in 2017 Village Tiger Response Team received the Bangabandhu Award for Wildlife Conservation in recognition of its continuing efforts to protect nature and biodiversity in the country.

A future with more wildlife to enrich people’s lives and more wild places for the magnificent diversity of life on earth.

To carry out activities to improve the conservation status of key species and habitats in Bangladesh, and develop partnerships, tools, and platforms to build the capacity of organizations and individuals to carry out effective conservation.

The overall objective is to effectively reduce human-tiger conflicts, and retaliatory killings of tigers, and develop positive attitudes towards tigers and tiger conservation initiatives in selected areas of the Sundarban Reserve Forest in Bangladesh.

Project Name : Protecting Tigers, People and their vital habitats in the Sundarban delta through engaging the local communities phase 2

The current ITHCP phase (II) in the Sundarban Delta of India and Bangladesh aims at expanding and building up on the work initiated in the previous phase (I). This Delta is the only mangrove tiger habitat in the world, a UNESCO world Heritage site, a Ramsar site, a legally protected Tiger Reserve (Indian) and a Reserve Forest (Bangladesh), which together holds around 200 breeding tigers (114 on Indian part and 88 on Bangladesh part, as per latest estimates). The Tiger habitat is divided across the two countries in a 60:40 ratio, with the larger part falling in Bangladesh. The concerned ITHCP project is being implemented in the select three village areas each in Bangladesh and Indian Sundarban.

In the current phase, the proponents attempt to amplify the work already initiated in the previous phase, as well as extend learning and sharing across borders by, for the first time, replicating initiatives that have proven success on one side of the border, on the other side. Towards this, two Sundarban Education Centres are being developed on the Indian side as they have been working successfully on the Bangladesh side.

Addressing three issues, losses incurred due to human-tiger conflicts, poverty of fringe village dwellers as well as the emergent Climate change related crises, the project aims to enhance the livelihoods of nearly 500 beneficiaries in the three villages. It also will provide improved (low-emission low-fuelwood consumption) cook stoves to around 750 needy households in the project villages, thereby also reducing health risks, especially to women. Around 300 or more beneficiaries heavily dependent on forest resources will also be provided skill development trainings to ensure sustainable forest resource collection as well as reduced vulnerability to tiger attacks. On the Indian side, local communities have opted to erect a net barrier stretch to protect their villages and people from tigers that move out of the forests.

The project also aims to enhance its efforts to integrate local communities into local tiger conservation efforts. On the Indian side, the Bagh Bondhu (friends of the tiger) and the Tiger Scouts initiatives are also being replicated based on their success in Bangladesh. On the Bangladesh part also, the existing community engagement frameworks will be carried ahead, and some aspects amplified and enhanced. For instance, one new SEC is planned be developed in Bangladesh also. Additionally, the solar streetlights to provide illumination at key areas of the project villages is also planned in this phase. In addition to this, actual human-tiger conflict mitigation work will also be continued in full swing through the Emergency Response Team (ERT), Forest Tiger Rescue Team (FTRT), and Village Tiger Response Teams (VTRT) in Bangladesh Sundarban, and the Primary Response Team (PRT) and Rapid Response Team (RRT) in Indian Sundarban. A new initiate to develop a functional hotline linked to a database to allow real-time collation of actual data on human-tiger conflicts in the landscape and also facilitate swifter response to conflict situations through fast dissemination of information, has also been planned in the current phase.

The project also aims at furthering greater learning and sharing across the borders and has thus envisaged conducting exchange trips to allow local community members, conservation agency staff and forest staff to travel and witness the work being carried out across the border to further tiger conservation. Lastly, this phase of the project also aims to conduct a comprehensive survey to assess and create a baseline for prey distribution across the Bangladesh Sundarban, to allow for future comparative assessments.

The entire project has been designed in consultation with important stakeholders in the project regions and also aims at following a consultative process for implementation, especially where community related activities are concerned. In line with this, the project has developed a Stakeholder engagement plan, a robust grievance mechanism and an Environment and Social management plan to be implemented throughout the course of the project. A detailed FPIC protocol will also be developed at the inception period of the phase II project. 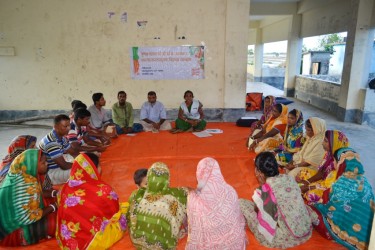 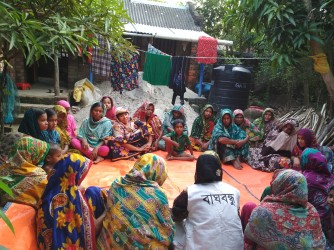 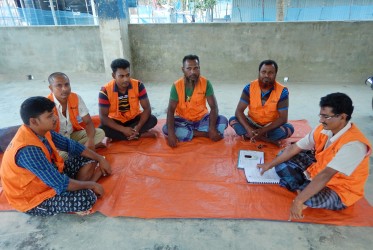 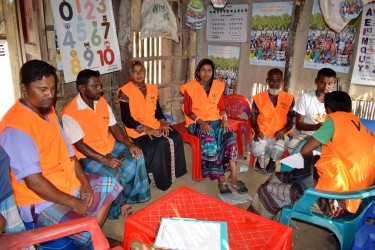 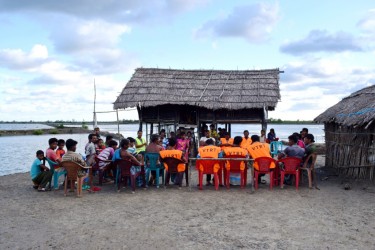 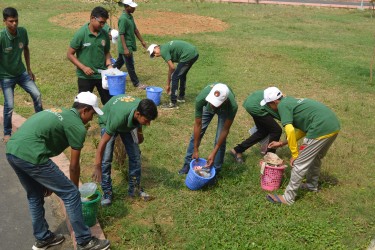 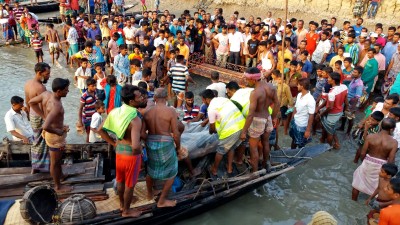 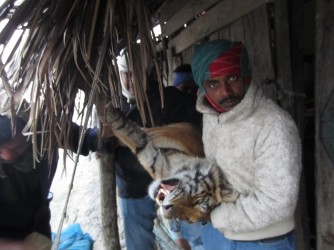 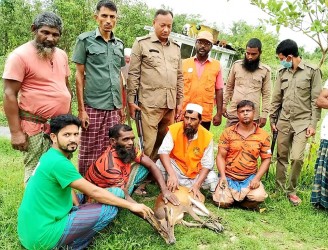 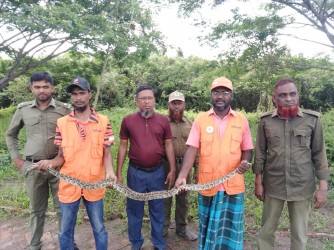 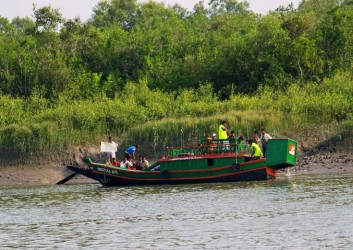 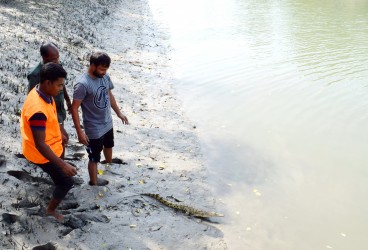 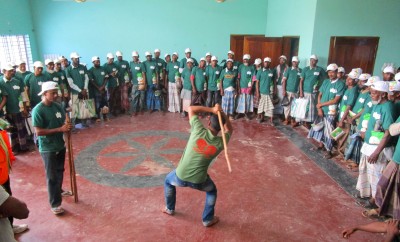 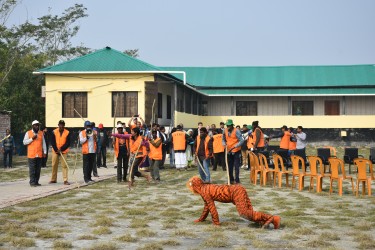 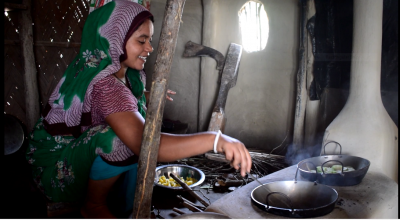 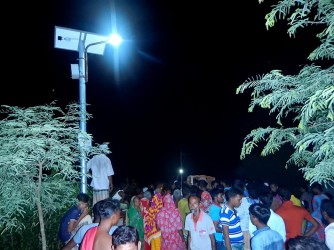 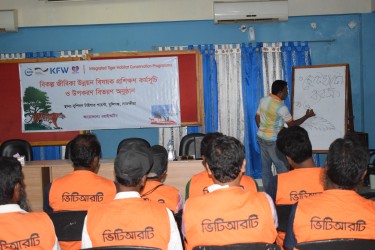 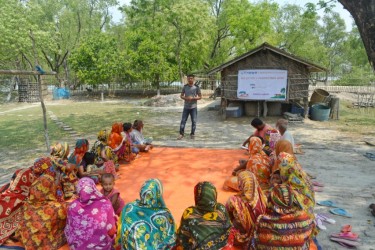 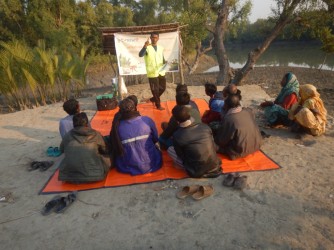 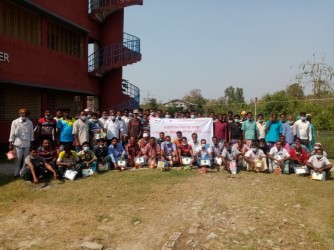 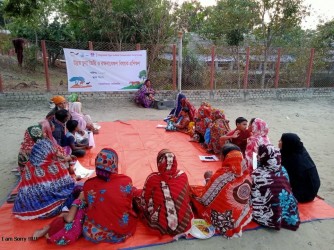 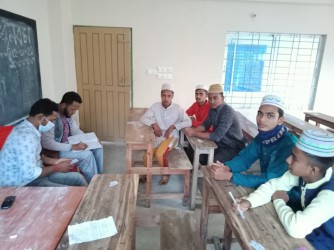 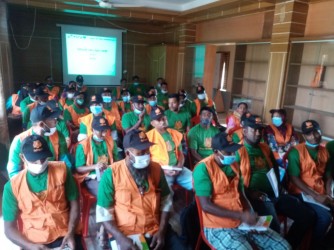 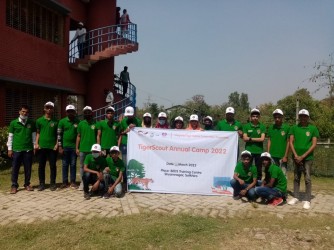